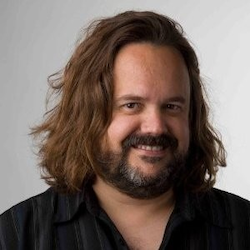 It's Spelled 'Accessibility', not 'Disability'

Thursday 11:55 - 12:40
Topics:
accessibility
a11y
mobile
web
Level:
General
Your rating:
0/5
Over ten years ago -- in the pre-iPhone days -- many companies questioned the need for a mobile-friendly website. Last year, mobile internet traffic surpassed desktop traffic, and many of those same companies are still struggling to catch up.
What does this have to do with Accessibility ("a11y" for short)? The World Wide Web Consortium says, "Accessibility overlaps with other best practices such as mobile web design, device independence, multi-modal interaction, usability, design for older users, and search engine optimization (SEO)." They go on to say, "Users of mobile devices and people with disabilities experience similar barriers when interacting with web content."
What if you could increase your website's SEO, improve your mobile web design, and get a head start on the coming Conversational UI revolution ("Hello Alexa, Siri, Google, and Cortana") through a renewed focus on Accessibility? And what if, while you did it, you increased your user base by 20% by making it more accessible to disabled users (1.1 billion people worldwide; 18% of the US population)?
Come hear Scott Davis (Principal Engineer, ThoughtWorks) explain how Accessibility today should be just as important to you as a mobile design strategy was ten years ago.

For many years, software architecture was described as the “parts that are hard to change later”. But then microservices showed that if architects build evolvability into the architecture, change becomes easier. This talk, based on my upcoming book, investigates the family of software architectures that support evolutionary change, along with how to build evolvable systems. Understanding how to evolve architecture requires understanding how architectural dimensions interact; I describe how to achieve appropriate coupling between components and services. Incremental change is critical for the mechanics of evolution; I cover how to build engineering and DevOps practices to support continuous change. Uncontrolled evolution leads to undesirable side effects; I cover how fitness functions build protective, testable scaffolding around critical parts to guide the architecture as it evolves.

The software development ecosystem exists in a state of dynamic equilibrium, where any new tool, framework, or technique leads to disruption and the establishment of a new equilibrium. Predictability is impossible when the foundation architects plan against changes constantly in unexpected ways. Instead, prefer evolvability over predictability. This talk illustrates how to achieve evolutionary architectures and how to retrofit existing systems to support better evolution.

Scott has been writing about web development for over a decade. His books include Getting Started with Grails, Groovy Recipes, GIS for Web Developers, The Google Maps API: Adding Where to Your Web Applications, and JBoss at Work. Scott is also the author of several popular article series at IBM developerWorks, including Mastering MEAN,Mastering Grails, and Practically Groovy. His videos include Architecture of the MEAN Stack, Responsive Mobile Architecture, and On the Road to Angular 2.