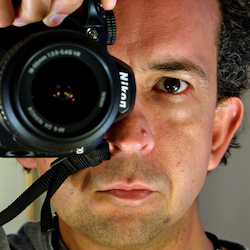 Refactoring Is Not Just Clickbait

For many people, refactoring is a simple code transformation they click on in a context menu or via a keyboard shortcut. They can extract, inline, replace, move, rename, etc. at will. The widespread availability of automated refactoring should have made oversized classes and long-winded functions a thing of the past. But it hasn't.

Having a tool is only part of the solution: knowing what to do with it and how to use it well is what makes the bigger difference. In this talk, we'll revisit what refactoring is (and isn't), examine what practical and social obstacles refactoring faces, explore the idea that refactoring should be considered a design process and not just a clean-up click, and that most interesting refactorings are not necessarily automated.

Perhaps even more problematic than being stuck with a narrow view of paradigms, is being stuck with a dysfunctional view of each paradigm. For instance, many developers working in languages and frameworks that support object orientation have a strong idea of the principles of interaction, data abstraction and granularity that support an effective view of OO, and instead surround themselves with manager objects, singletons and DTOs.

Kevlin Henney is an independent consultant, speaker, writer and trainer. His development interests are in programming, people and practice. He has been a columnist for a number of magazines and sites, has contributed to both open- and closed-source software (sometimes unintentionally), and has been on far too many committees (it has been said that "a committee is a cul-de-sac down which ideas are lured and then quietly strangled"). He is co-author of A Pattern Language for Distributed Computing and On Patterns and Pattern Languages, two volumes in the Pattern-Oriented Software Architecture series. He is also editor of 97 Things Every Programmer Should Know and co-editor of 97 Things Every Java Programmer Should Know.